It was pretty crazy, what she was doing. Crazy – or stupid? Was there a difference? Sitting on a plane bound for London, following a boy she’d been dating for three months. What was three months, anyway? Nothing at all. And yet, Kiera felt that the rest of her life had started three months ago, when she met Liam after a show. She called them shows, but they were just open mic nights. You didn’t have to be any good to get up, just brave, or good at faking it, which she seemed to be pretty good at.
Her family followed her to the departure gate.
‘Do what you have to do, sweetheart,’ her dad said.
‘Text me as soon as you land, ok?’ That was mum.
‘Bye, sis,’ said Max. He was eighteen now, tall and strong and playing it cool, but his hug was longer than she expected and a little tighter.
A large French woman squeezed into the seat beside her, so she pressed closer to the window and looked outside at the runway: planes being loaded with luggage, little boxes in which people had packed their lives up to escape a little while. That’s what she was doing, wasn’t she? Was she running away from something, or towards it? Another same-diff, she supposed. The moon was a crescent in the black sky, but there were no stars, not when the asphalt ground sparkled with lights.
Liam was a tall guy, lanky, cute face, a deep voice. A kind of drawling voice, that self-deprecated and laughed at its own jokes, which were often too clever for Kiera. He said that listening to her performance took him somewhere else, into a woman’s mind, and it was the way he called her a woman, so casually, without the slightest question, that made her blink, and when she opened her eyes again she knew this was something.
By the time he left two weeks ago, she was at his apartment every night. They made love like time was a bending, stretching thing, and the world could wait. She read him poems and he made her toasted waffles with ice cream.
He’d accepted the secondment in London before they met.
‘Do you want me to come with you?’ she asked.
‘Don’t turn your life upside down for me,’ he said.
Neither was sure, but the last few weeks had been so good Kiera felt she didn’t have a choice. He didn’t tell her not to come. And how would she ever know if they could work, if this was it, if she didn’t take the chance? If she just let him go?
The seatbelt light switched on, and the Captain introduced himself. A video demonstrated how to put on masks and life jackets. An air hostess smiled and asked the French woman to put her seat up. Kiera took a deep breath, not really knowing what she was doing, but knowing that she had to do it, and stopped thinking. 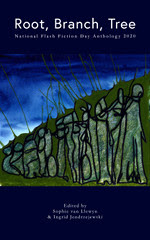