Out Of Sync by Allie Costa 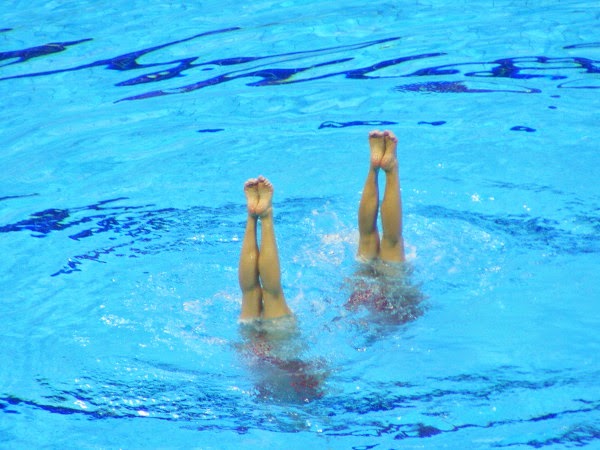 We were never really in sync, were we? Even when walking side-by-side or swimming in the same sea or looking up at the same sky. It wasn’t the same. It never was the same for us.

The colors, bright for me, muted for you.

The flowers, drawing me in, making you sneeze.

The voices, calling out to me, welcoming me, never acknowledging you, not that I noticed. There were so many voices, mine the loudest of them all, and growing louder, the later the night became. I was pulled closer, deeper. The music and the movement and the people and the faces blurring together, that’s okay so long as they’re smiling, just keep them smiling, and you, hiding in the corner, never far away, never letting me out of your sight.

You’re furious with me, aren’t you?

You were right there. Watching. Listening. Waiting. Knowing everything I did, and thought, and felt.

You knew me better than I knew (myself).

I thought we were in sync. I never realized I had no sense of rhythm.
Posted by The Write-In at 15:00

Available for pre-order now at https://nationalflashfictionday.co.uk/index.php/bookshop/ !