'The Abnormal Museum' by Finnian Burnett

Jayden slows as they approach the glass enclosure of their favorite exhibit. No, not their favorite. The one they’re compelled to visit, every single time.

They stop in front of the glass, and she turns to look him in the eye for the first time since they’d entered the museum. “They added a painting,” she says. “They’ve changed the decor.”

Jayden looks away, distracted by a flash of periwinkle on the shirt of a man in the crowd around the enclosure. He stares at the man, drawn to the lush dark curls and full sensuous mouth. His study delays the moment his eyes make the inevitable track toward the exhibit. But blue shirt man catches him staring and frowns, half-shaking his head. Jayden looks away, heart pounding.

Marley reaches for his hand and this time he lets her hold it. Her fingers tremble in his and he tells himself the contact is for her benefit, not his. He squeezes her hand and finally looks up at the man in the cage. It has been over sixty years, the Father General swears, since the last gay was born. Sixty years since the camps had closed, sixty years since genetic engineering had stomped out the abnormalities.

They can’t linger. If they move on quickly enough, it will seem they were just passing through, perhaps on their way to something more interesting, more personal. Jayden stares at the last gay in the world, the reminder of what used to be. As he pulls Marley away, he strokes her hand, a silent promise that their secret is safe as long as they’re together.

Email ThisBlogThis!Share to TwitterShare to FacebookShare to Pinterest
Labels: 2021: Prompt #16 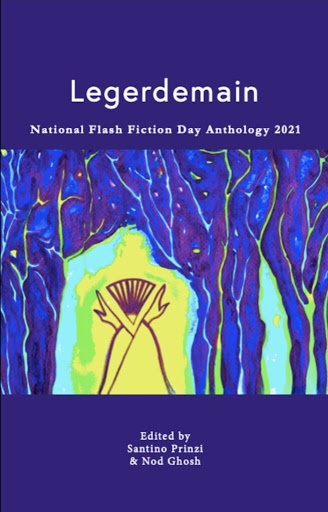